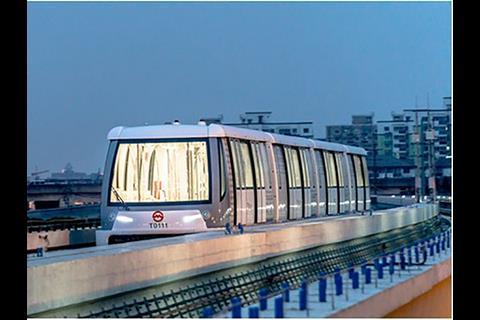 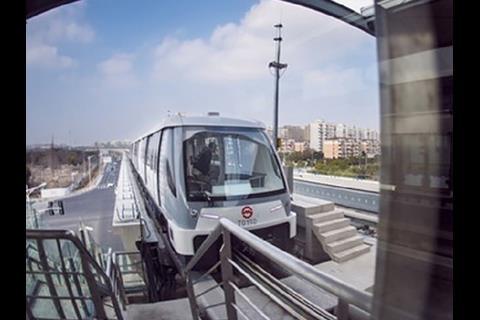 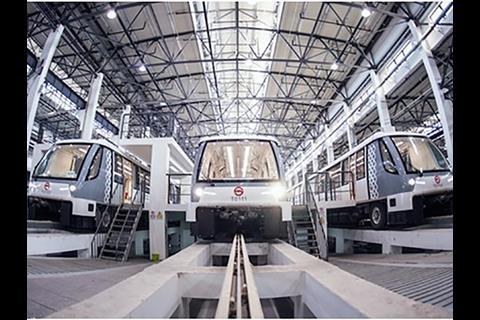 CHINA: Shanghai’s Pujiang Line automated peoplemover opened to passengers on March 31. The 6·6 km elevated route runs from the southern terminus of metro Line 8 at Shendu Gonglu to Huizhenlu in Pujiang, serving six stations. The line is expected to carry 73 000 passengers a day, with services running at peak headways of 4 min.

In June 2015 Shanghai Shentong Metro Group Co signed a turnkey contract with a 50:50 joint venture of Bombardier Transportation and CRRC Nanjing Puzhen for the supply of rolling stock and railway systems, which also includes Cityflo 650 CBTC and an operations control centre.

Bombardier has supplied a fleet of 11 four-car Innovia APM 300 rubber-tyred driverless trainsets. The first was delivered in January 2017 from a factory in China. Each 51 m long train has capacity for 566 passengers and a maximum speed of 80 km/h. The fleet is stabled at a depot near the northern terminus. Longer-term plans envisage the purchase of a further 10 trainsets.