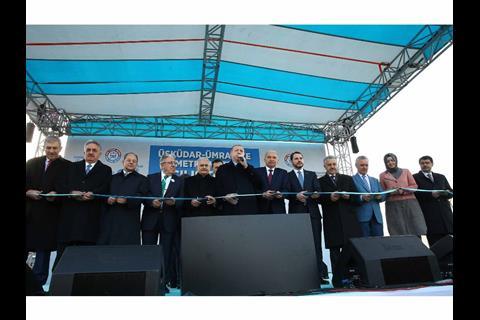 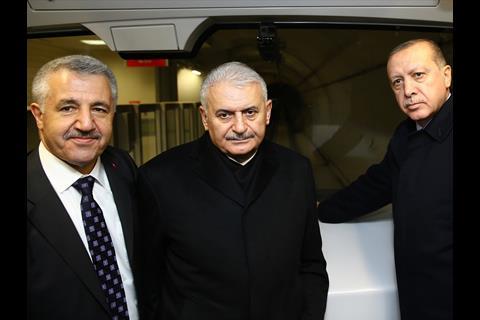 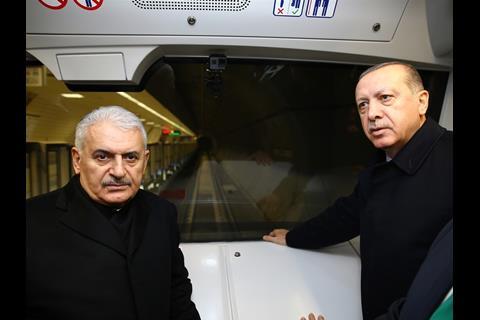 The first 10·5 km phase of Line M5, the second metro route on the Asian side of the city, connects Üsküdar with Yamanevler with seven intermediate stations. End-to-end journey time is 17 min.

Construction of the TL3·5bn project started in March 2012 and was undertaken by Doğuş Construction Group. The second phase, from Yamanevler to Çekmeköy, is expected to be commissioned in June 2018, and would take the route to 20 km with 16 stations. End-to-end journey time would then be 27 min.

CAF has supplied a fleet of 21 six-car trainsets with Mitsubishi electrical and automation equipment under a €119m order placed in June 2014. The first trainset was delivered from Spain in November 2016. The 132 m long sets have capacity for 1 622 passengers. Maximum speed is 90 km/h and power is drawn from overhead wires at 1·5 kV DC. The rolling stock has been produced with 15% local content.

Bombardier has supplied its Cityflo 650 CBTC signalling, which allows 90 sec headways, giving Line M5 a design capacity of 55 000 passengers/h per direction. The stations are fitted with platform screen doors.

Ridership on Line M5 is forecast at 700 000 passengers a day. In the longer term, the route would be extended east from Çekmeköy to Sabiha Gökçen Airport.