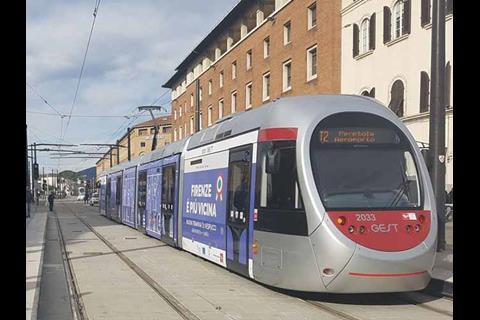 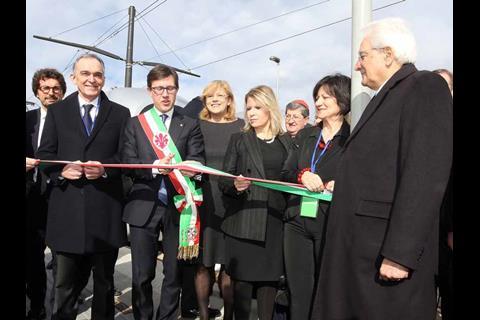 ITALY: Firenze tram Route T2 was inaugurated at noon on February 11, ahead of the entry into passenger service at 14.30. Travel on the route is free for two weeks.

T2 runs from Piazza dell’Unità d’Italia in the city centre to Peretola Airport in the northwest, sharing a stop with the existing east-west Route T1. The 13 stops on the 5·3 km route include a stop serving Belfiore high speed railway station, which is under construction and due to open in 2022.

Construction started in November 2011 but was delayed by the liquidation of some companies in the Tram di Firenze consortium that developed the project. The line was originally planned to open in June 2014.

Creţu announced that the EU will provide a further €40m for the development of more tram routes in the city. Work on three extensions is due to begin in the second half of 2019.

T2 is to be extended at both ends: from Piazza dell’Unità d’Italia to Piazza San Marco via Piazza della Liberta in the south, and from Peretola Airport to Sesto Fiorentino-Polo Scientifico via Castello railway station in the north.

The initial section of Route T4 would link Porta al Prato railway station to Le Piagge, using an existing railway alignment. In the longer term, T4 would be extended to Campi Bisenzio in the west.