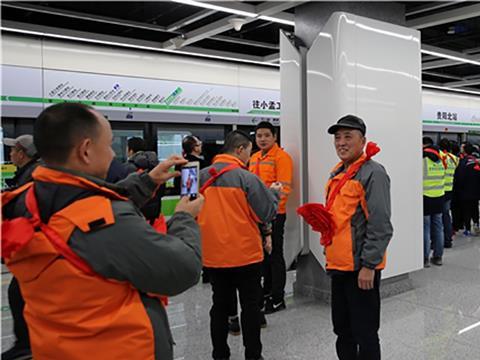 CHINA: Guiyang became the 30th city in China with a metro when its first metro line was put into passenger service on December 28.

The 12·8 km Line 1 runs from Xiamaixi to Guiyang North railway station serving 10 stations. Construction was approved in April 2013 and started in October that year.

A southern extension from Guiyang North to Xiaomeng Industrial Park, due to open in late 2018, will add 21·5 km and 15 stations. When complete, Line 1 will be operated with 34 six-car trainsets, each with capacity for 2 064 passengers.

Construction of Line 2 started in September 2015. The 40·4 km line with 32 stations is due to open in two phases by 2020. Three further lines are at the planning stage.