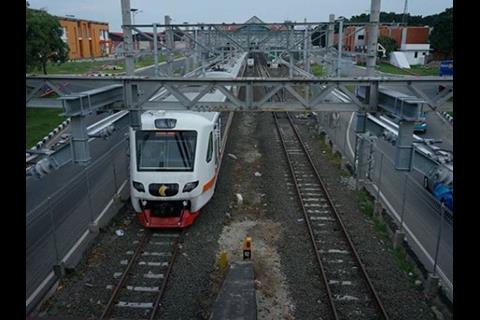 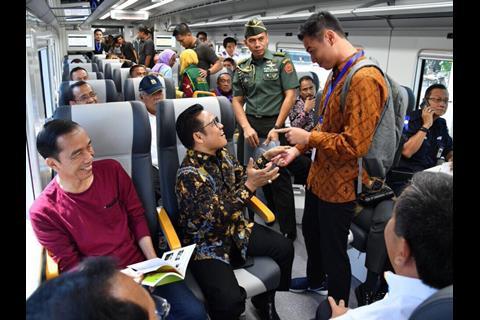 A 12 km branch has been built to connect the airport station with the national rail network at Batu Ceper, from where trains operate over existing tracks to reach the capital. Construction of the branch began in mid-2015, after PT KAI’s airport express subsidiary PT Railink negotiated syndicated loans totalling US$155m from four banks to fund the project, although the bulk of the financing has come from the state. A fleet of 10 trainsets is being supplied by PT Inka and Bombardier, of which the first was delivered in August 2017.

At present Railink is operating an hourly service from 06.00 to 23.00, although a 15 min interval service is envisaged in the future. Trains from SHIA call at Batu Ceper and Duri, where they reverse to reach the new Sudirman Baru station at BNI City, which is the current temporary terminus. Connections with the suburban network are provided at Duri for passengers to and from Kampung Bandang and Jakarta Kota. End-to-end journey time is 55 min, and the flat fare is 70 000 rupiah.

Airport express services are due to be extended to Manggarai in 2019, following the completion of reconstruction work at this key hub on the south side of the city. In the meantime, a feeder bus connects the airport trains at Sudirman Baru with locations in the city centre, including the main inter-city station at Gambir.