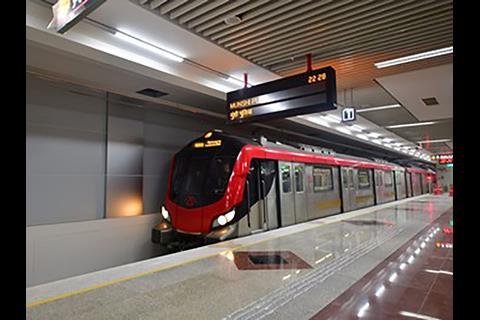 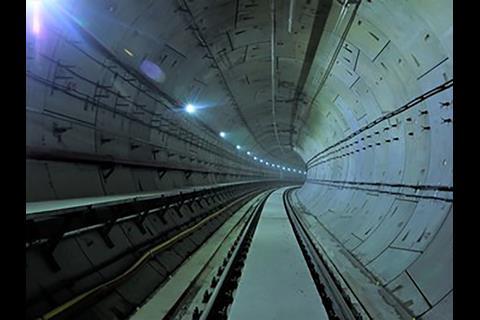 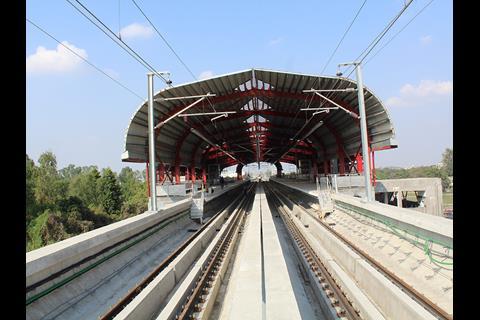 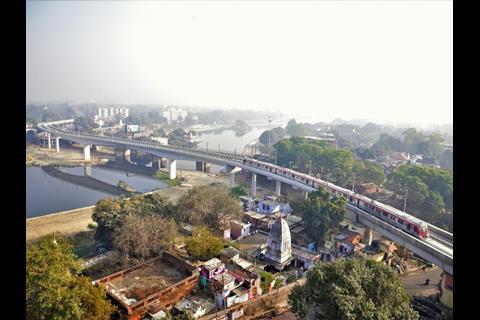 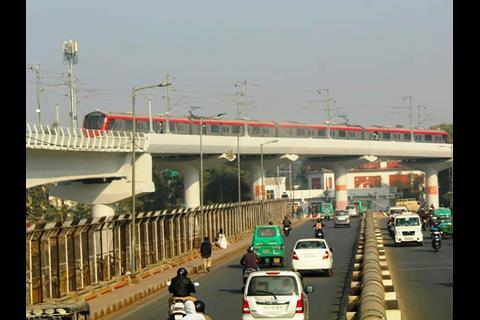 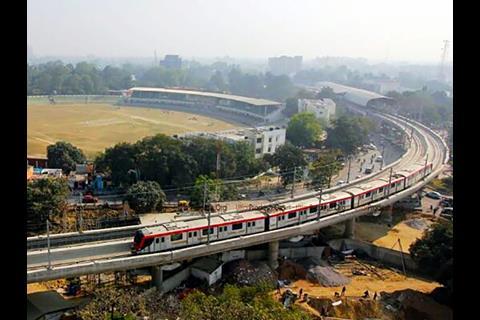 INDIA: Completion of the 23 km Phase 1-A of the Lucknow Metro was marked on March 8, when Prime Minister Narendra Modi ceremonially flagged off an inaugural train using remote video-conferencing. Passenger services were scheduled to start the following day.

The Uttar Pradesh state capital’s first metro line has been being developed as a joint venture between the central and state governments.

The initial 8·5 km between Transport Nagar and Charbagh with eight stations opened in September 2017. The line has now been extended 2·6 km south to Charan Singh International Airport and 12·6 km north to Munshipulia, completing the priority phase of the project, which has 19 stations on a 19·4 km elevated alignment and three on an 3·4 km underground section.

Tunnelling was undertaken by TATA Projects. ‘We are proud to have executed this challenging project many metres below the surface’, said Rahul Shah, Chief Operating Officer, Urban Infra, at the contractor. ‘Executing such projects below the surface and within stipulated timeframe is an achievement since there has to be 100% synergy amongst the team. Our on-time execution without any interruption demonstrates our unparalleled engineering know-how and shall certainly benefit the citizens of Lucknow.’

In 2015 Lucknow Metro Rail Corp awarded Alstom a €150m contract to provide 20 four-car Metropolis trainsets and CBTC signalling. The 1 435 mm gauge 25 kV AC trains were designed in Bangalore and manufactured at the Sri City plant. Alstom’s factories in Bangalore and Saint-Ouen in France supplied the Urbalis 400 CBTC, with the line switching over in January from manual driving with ATP to GoA2 attended ATO.

The European Investment Bank provided a €450m long-term loan to support the project. The inauguration coincided with International Womens’ Day, and EIB said 30% of train operators and 40% of station controllers were female.

‘Opening a year ahead of schedule, the Lucknow Metro is a success story’, said EIB Vice-President Andrew McDowell. ‘We are impressed by the quality of work of our Indian partners and how the project went ahead so fast. The project is one of the largest commitments of the EIB in India and the most significant support for sustainable transport outside Europe. The first metro line in Lucknow is a flagship project not only for Uttar Pradesh and India, but also for the EU bank. It marks a new era in our engagement in the country.’

The line is intended to be the first of a network which is being planned with the aim of increasing public transport use from 10% to 27% of the city’s population of 3 million people, reducing traffic, cutting journey times and helping to lower emissions.

Project promoter Lucknow Metro Rail Corp is now to be restructured as the Uttar Pradesh Metro Rail Corp, which will be responsible for developing metro projects in other cities in the state including Agra and Kanpur.