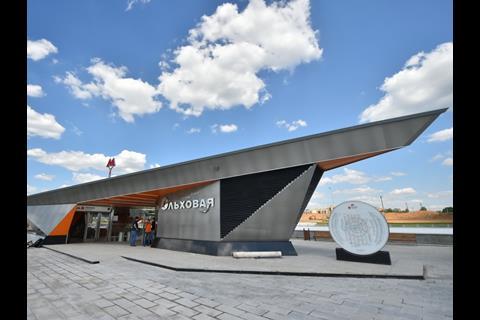 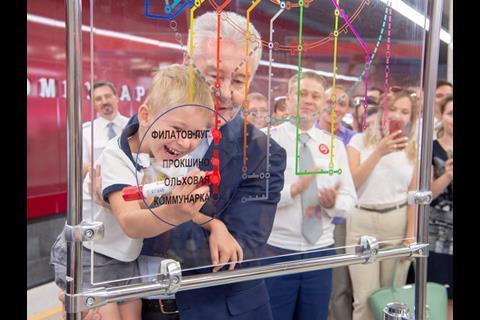 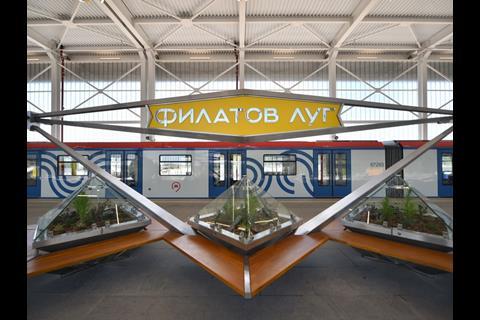 Construction started in February 2018 and was undertaken by Mosinzhproyekt. Testing on the extension started on January 14 2019. The two northernmost stations on the extension are on an elevated alignment, while the two southern stations are underground. The underground section crosses under a motorway in a combined metro and road tunnel that is 1·5 km long and 92 m wide.

The city authorities hope that the extension will relieve traffic congestion on several major roads between the New Moscow area and the city centre. There are car parks at Filatov Lug for 2 000 cars, Prokshino for 1 500 cars and Kommunarka for 700 cars. The authorities also forecast reductions in passenger numbers at nearby stations: of 14% at Salaryevo, 17% at Tyoply Stan and Rasskazovka, and 19% at Buninskaya Alleya.

A further southern extension of Line 1 is expected to open next year. The 2·6 km route would take the line from Kommunarka to Potapovo.

Kommunarka station, known as Stolbovo during planning, will offer interchange with the Kommunarskaya Line when it opens in 2023. The two lines will share a depot at Stolbovo, which is being built by Mosotdelstroy 1. The 8·3bn rouble project is due to be completed in 2021.