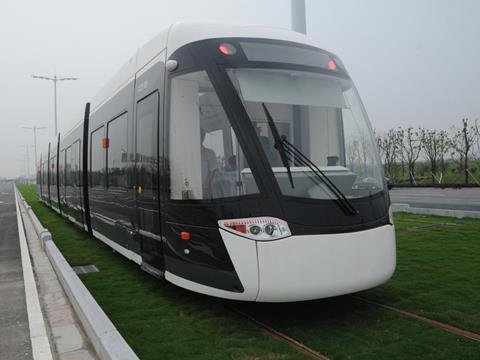 Test running started last year on the 9 km route, which links Maqun station on metro Line 2 with Wang Wu Zhuang. There are 13 stops, including one elevated.

Each tram is equipped with two 49 kWh batteries, which are recharged through the pantograph at stops; only 10% of the route is equipped with catenary. Recharging time is 45 sec at intermediate stops and 10 min at the termini.

Eight more trams are operating on the unconnected 8 km Hexi Line, which opened on August 1 2014.