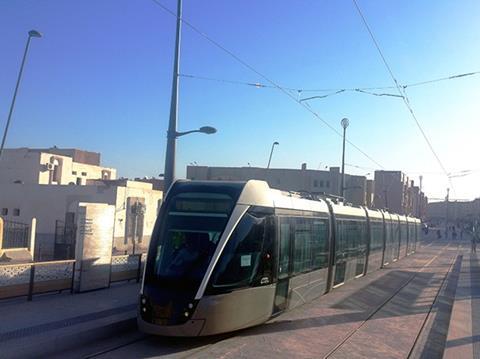 Construction of the 9·7 km route with 16 stops was undertaken by a consortium of Rover Alcisa, Elecnor and Assignia Infrestructuras under a €228m contract awarded in 2013.

Each 44 m long vehicle has capacity for 400 passengers. To cope with the desert climate, the trams have stronger air-conditioning, solar protection film on the windows, and protection of components against sand and dust ingress.