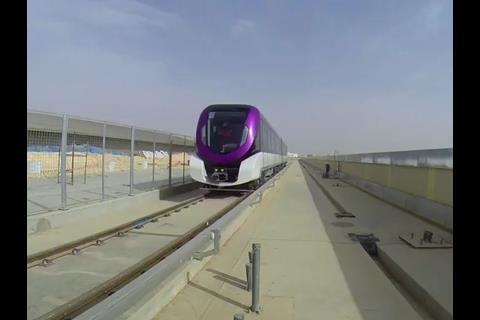 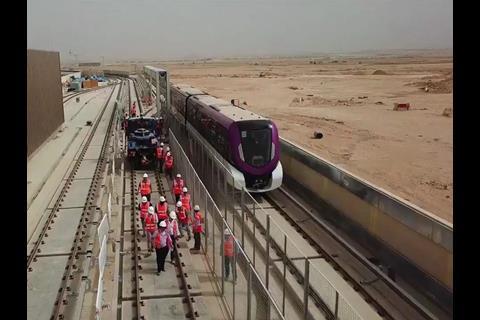 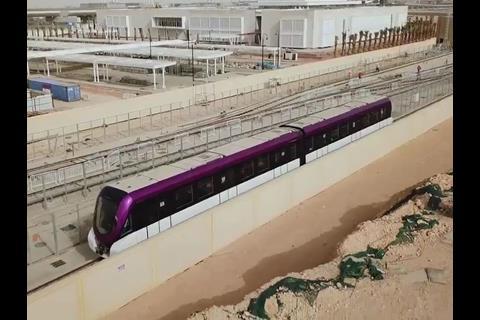 The six-line network is due to open next year. Work is being undertaken in three packages.

Lines 1 and 2 are being designed and built by the BACS consortium led by Bechtel and including Almabani General Contractors, Consolidated Contractors Company and Siemens under a US$9·45bn contract. Siemens is supplying 45 four-car trainsets for Line 1 and 29 two-car sets for Line 2 from its Wien plant in Austria.

The FAST consortium led by FCC and including Samsung C&T, Alstom, Strukton, Freyssinet Saudi Arabia, Typsa and Setec is to build lines 4, 5 and 6 for US$7·82bn. Alstom is supplying 69 two-car driverless trainsets from its Katowice factory in Poland.