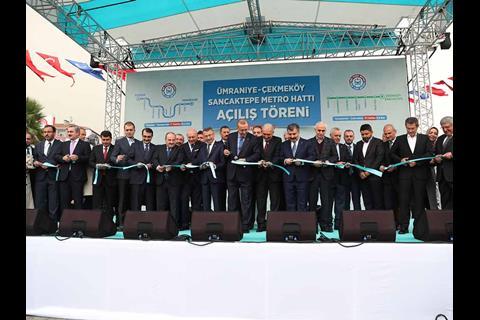 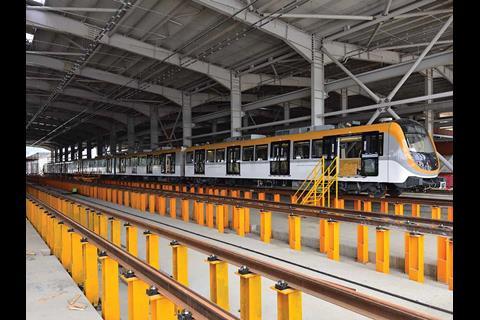 TURKEY: The second phase of the driverless metro Line M5 on the Asian side of Istanbul was inaugurated on October 21 with a ceremony attended by President Recep Tayyip Erdoğan and Mayor Mevlüt Uysal.

The 9·5 km eastern extension adds seven stations between Yamanevler and Çekmeköy-Sancaktepe. The initial 10·5 km section between Üsküdar and Yamanevler, opened in December, was closed on September 21-24 for testing of the extended line.

A depot has been built north of Dudullu. This is accessed by a 2·5 km branch that will form part of metro Line M8, which is scheduled to open in 2019.

As with the first section, construction was undertaken by Doğuş İnşaat. The firm is part of a consortium, along with Özaltın İnşaat and Yapı Merkezi, which is building the final section between Çekmeköy-Sancaktepe and Sultanbeyli under a TL2·3bn contract.