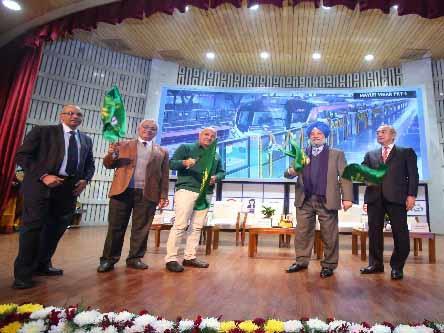 INDIA: The next phase of Delhi metro’s driverless Line 7, also known as the Pink Line, was opened for passenger service on December 31.

The 9·7 km section between Lajpat Nagar and Mayur Vihar Pocket 1 with three underground and two elevated stations is the fourth section of Line 7 to open, and comes two months after the Shiv Vihar – Trilokpuri Sanjay Lake section was inaugurated. Line 7 will eventually form a 58·4 km U-shaped route from Mukundpur to Shiv Vihar.

Delhi Metro Rail Corp says that this is the seventh metro opening in the capital in 2018, with 96 km of new sections opened during that year. This takes the metro to 327 km and 236 stations.