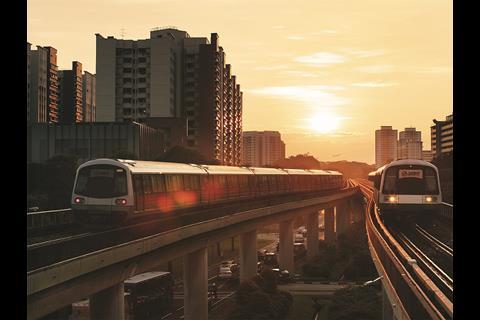 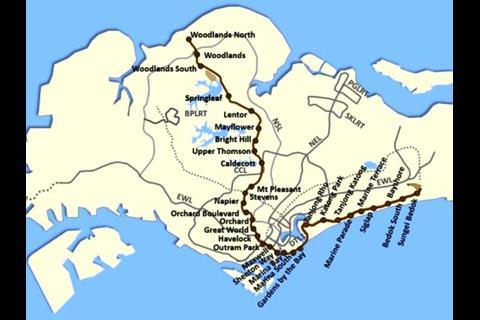 SINGAPORE: Land Transport Authority has selected SMRT for the initial contract to operate and maintain the Thomson-East Coast Line, the authority confirmed on September 15.

Running from Woodlands in the north to Sungai Bedok in the east, the 43 km L-shaped route serving 31 stations is expected to open in phases between 2019 and 2024, expanding the island’s metro network by around a third.

Valued at S$1·7bn, the SMRT bid is reported to be around 30% lower than that submitted by ComfortDelGro subsidiary SBS Transit, which operates the island’s North-East and Downtown lines. SMRT also scored higher on the quality criteria, according to LTA.

The TEL operating contract will start in 2019 and run for nine years. It is the first to be tendered by LTA with a contractual penalty and bonus regime to incentivise the operator to improve performance, service reliability, customer satisfaction, and maintenance. If the operator fails to meet the key performance indicators, its contract payments will be reduced. Chairman Seah Moon Ming said SMRT was ‘delighted’ to have won, and had agreed to the penalty regime as a sign of its commitment.

Unlike the earlier lines, the TEL concession does not include the rights to raise non-fare revenue through the renting of commercial space at stations and the sale of advertising. These rights are to be tendered separately by LTA next year.

Explaining that the operator would immediately start mobilising for the contract, CEO Desmond Kuek said around 600 staff would be required for the first phase, potentially rising to 1 500 by the time the TEL is fully operational. However, this would not be achieved by ‘diluting’ the engineering resources needed to modernise the 30-year old North-South and East-West lines, he insisted.

Explaining that SMRT had learned lessons from its current challenges that would inform the TEL operation, Seah told local media that SMRT was ‘fully committed’ to working with LTA and the Ministry of Transport to ‘transform’ its existing network, which includes the newer Circle Line, ‘to provide the public with better train reliability and a better commuting experience’.