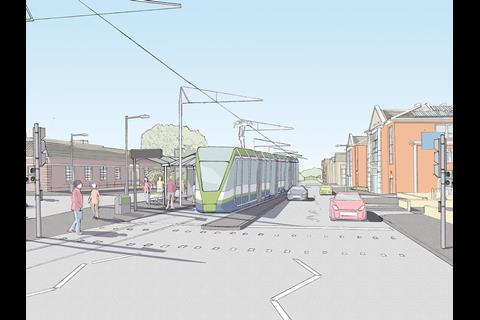 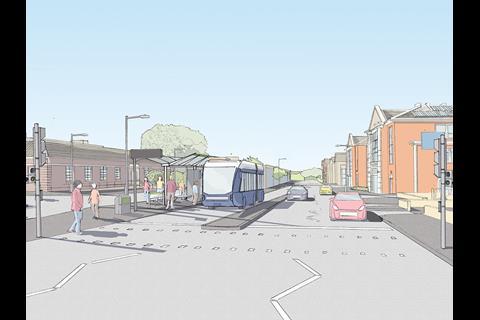 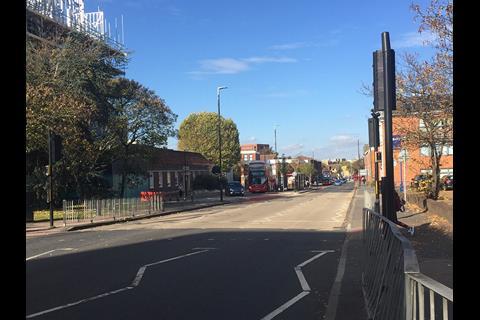 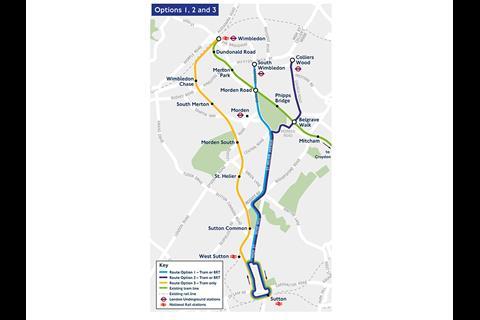 UK: Transport for London has began public consultation on the Sutton Link proposal for a tram or ‘zero emission’ bus rapid transport route linking the borough of Merton with Sutton town centre in south London.

This is intended to make journeys by public transport quicker and more attractive, reduce the need for car travel, make walking and cycling more appealing, support the development of new housing and improve access to jobs, services and transport hubs.

Consultation opened on October 31 and closes on January 6. TfL will then determine the most appropriate route and mode, with further consultation planned for 2019. Planning consent could be sought in 2020, and the earliest date that construction could start is 2022 for services to commence in 2025 at the earliest.

A previous consultation for an extension of the existing London Trams network from Wimbledon to Sutton was held in 2014, with 84% of the 10 000 respondents supporting it. Mayor of London Sadiq Khan then asked TfL explore possible options, as well as alternatives that could offer similar benefits.

Having considered around 180 options, three were identified for further consultation.

Options 1 and 2 are for mainly on-street tram or BRT routes from South Wimbledon or Colliers Wood to Sutton town centre. The cost is estimated at £425m for a tramway or £275m for BRT at current prices.

Option 3, which TfL describes as the ‘least effective’, would see the railway from Wimbledon to West Sutton converted to tram operation, with trams continuing on-street to Sutton town centre. Thameslink rail services would terminate at Wimbledon and West Sutton stations. At an estimated £300m this option wold be cheaper than the other two options, but the need to replace rail services means it could only be built at a later date, potentially at the same time as the proposed Crossrail 2 rail project; the Crossrail 2 project team currently envisages construction could begin in the mid-2020s for opening in the early to mid-2030s, subject to obtaining funding and legal powers.

All three Sutton Link options would allow for a possible future extension to Belmont, where a cancer treatement and research hub is being developed

The BRT services would use zero-emission ‘electric or equivalent’ vehicles with platforms at stops and the same level of priority and segregation from other traffic as trams. The vehicle would have a capacity of around 120 passengers compared to 220 for a tram, but services would be more frequent to provide similar overall capacity, at the expense of a greater negative impact on traffic congestion. A tramway would be more expensive initially, but the operating cost over the long term could be lower.