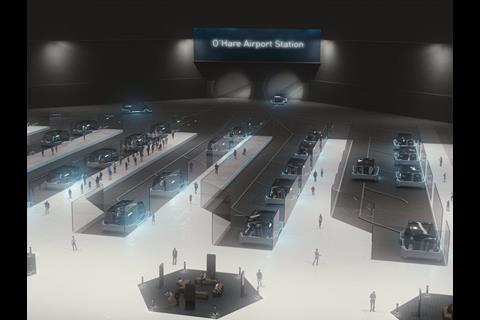 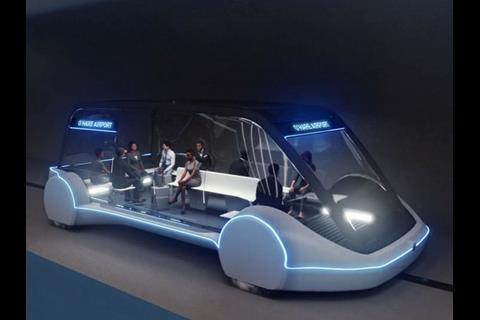 The Boring Company was one of two bidders selected to respond to a request for proposals issued in March by the Chicago Infrastructure Trust on behalf of the city. This required bidders to deliver an express that would link the city centre with the airport in 20 min and cost less than current taxi fares. The city says that 20 000 passengers a day currently travel between O’Hare and the Central Business District, with this number forecast to grow to 35 000 in 2045.

The Boring Company plans to use the unfinished underground station at Block 37 and build a new station at O’Hare, connecting them with twin-bore tunnels. Battery-powered driverless road vehicles, each with a capacity of 16 passengers, would depart every 30 sec and offer a journey time of 12 min.

Project costs and the construction timeline would be finalised following negotiations.

‘This transformative project will help Chicago write the next chapter in our legacy of innovation and invention’, said Emanuel. ‘We’re really excited to work with the Mayor and the City to bring this new high-speed public transportation system to Chicago’, added Boring Company Founder Elon Musk.

Chicago Transit Authority is undertaking a $492m investment to modernise the Blue Line of the metro, which currently serves the airport.