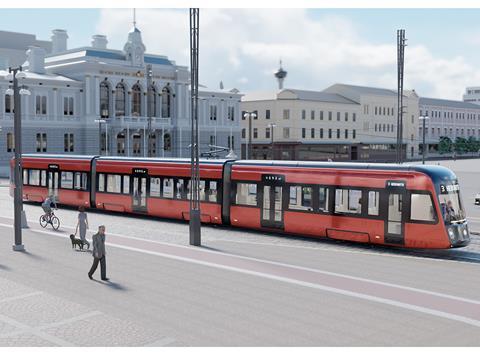 The contract covers a 2½-year preparatory period followed by 10 years of operations, with an option to extend this by a further three years. Test running is due to take place between April 2020 and March 2021, with passenger-carrying tests following until the planned opening date of August 9 2021.

The contract is worth around €7m per year. VR is to employ 50 to 100 people in Tampere, and Tampere Tramway Alliance will act as service integrator.

VR is currently bidding to operate the Helsinki metro, with the result of the tender expected next year.

The 15 km first phase of the Tampere tramway is being built by a consortium of VR Track, Pöyry and YIT. The 1 435 mm gauge line will run eastwards from the city centre to Sampola where it will split with branches to Tampere University Hospital and south to Hervanta.

Škoda Transportation subsidiary Transtech is supplying a fleet of 19 ForCity Smart Artic trams under a €104m contract signed in 2017 that includes options for up to 46 more. These will be stabled at a depot being built at Hervanta.

Construction of the second phase is due to begin in 2021. This would extend the network west to Hiedanranta and Lentävänniemi, taking it to 23·5 km.