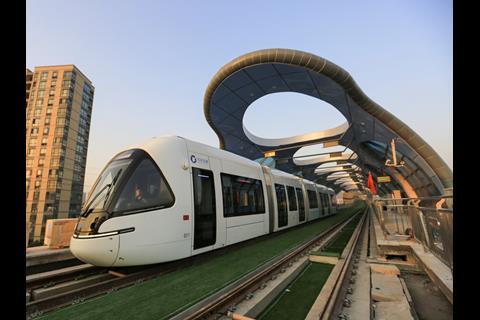 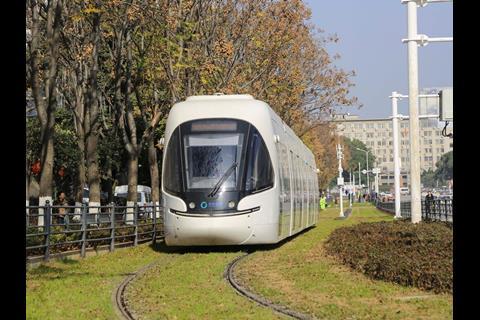 CHINA: A two-line light rail network in Wuhan opened on January 18. The Optics Valley tram network, also known as Guanggu tram, is focused to the Donghu New Technology Development Zone in the southeast of the city.

Services run between 06.30 and 22.30, and are operated with a fleet of 26 steel bodied low-floor light rail vehicles. The five-section LRVs are 34·8 m long with capacity for 360 passengers and a maximum speed of 70 km/h. The vehicles are equipped with wi-fi and LED lighting. The fleet uses supercapacitors, which are recharged at stops, for catenary-free operation.

The first six LRVs were built by CRRC Changchun, with the remaining 20 assembled in Wuhan by Wuhan Zhongchang Ruian Industrial Co.

Ridership on the two-line network is forecast at 10 000 passengers a day.