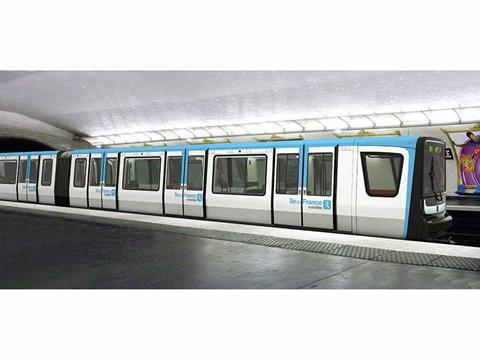 FRANCE: RATP has exercised an option for 20 five-car rubber-tyred metro trains from Alstom, the supplier announced on February 19. The €157m order is funded half by RATP and half by regional transport authority Ile-de-France Mobilités.

The MP14 sets with open gangways would go into service on Line 11, where they would replace the existing MP59 fleet. Alstom is to undertake assembly at its Valenciennes site, with components coming from Le Creusot, Ornans, Villeurbanne, Tarbes, Saint-Ouen and Aix-en-Provence.

In March 2015 Alstom signed a framework contract for the supply of up to 217 metro trainsets to Paris, with 35 eight-car sets included in the base order. These would be put into service on Line 14. An option for 20 six-car sets allocated to Line 4 was exercised in December 2016.