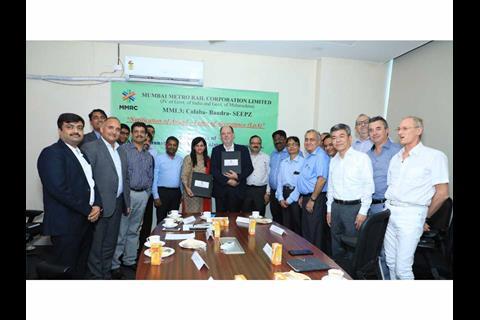 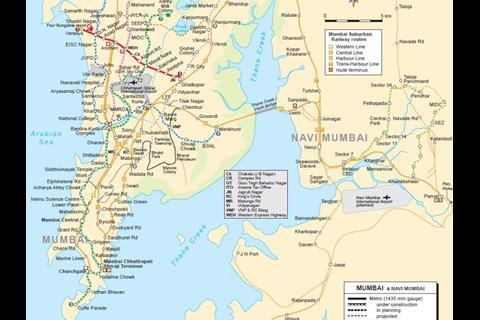 Alstom is to supply 31 eight-car driverless trainsets, all of which are to be assembled in India. The stainless steel-bodied trains with a design life of 35 years will be 180 m long and 3 200 mm wide, with capacity for 300 seated and 2 350 standing passengers (at 6/m2). They will consist of six motor cars and two trailers, with each car having four doors per side. The trains will be equipped with digital route maps, LED lighting and CCTV.

Civil works on the 33·5 km north-south Line 3, which will link Colaba with SEEPZ via Bandra, have been underway since 2016.