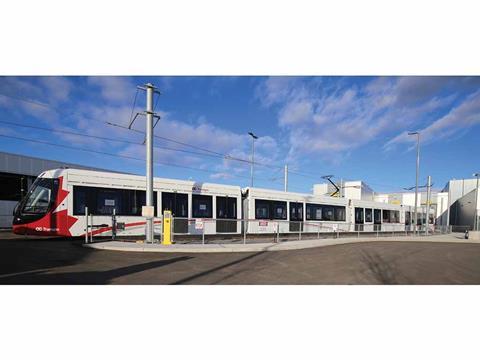 The consortium of SNC-Lavalin, ACS Infrastructure, EllisDon, Dragados Canada and Veolia Transportation Services is building the 12·5 km Confederation Line between Blair and Tunney’s Pasture, with opening scheduled for 2018.

Stage 2 includes a 12 km eastern extension and a 15 km western extension, as well as a southern extension of the Trillium Line, which is operated with DMUs. Construction is due begin in 2019, with opening of all three sections expected in 2023.

Alstom will maintain the Stage 1 infrastructure for 30 years under a C$180m contract awarded in 2016 and is supplying 34 Citadis Spirit LRVs under a separate C$575m contract dating from 2013, which also includes 30 years of maintenance.

As with the initial fleet, the 100% low-floor vehicles for Stage 2 will be assembled at in the future maintenance depot at operator OC Transpo’s Belfast Yard.