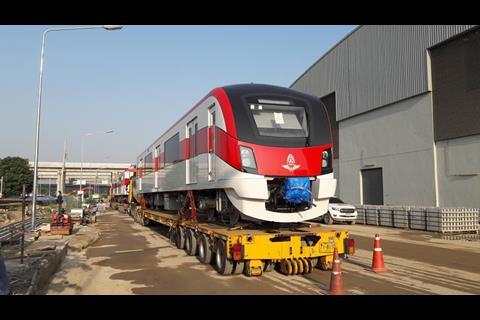 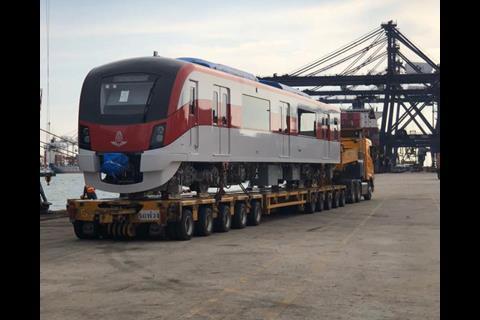 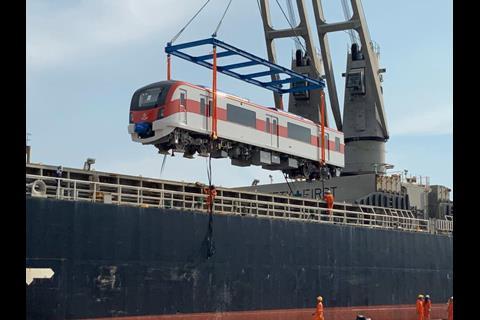 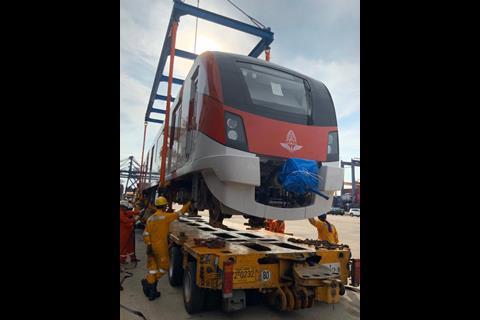 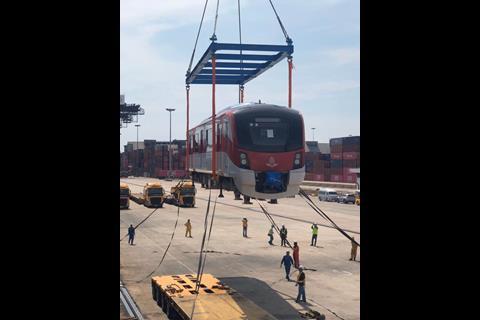 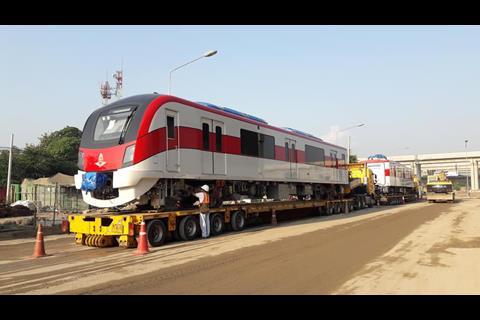 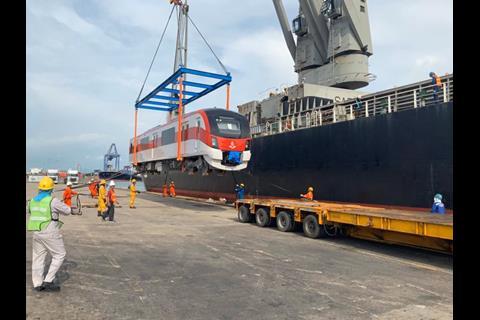 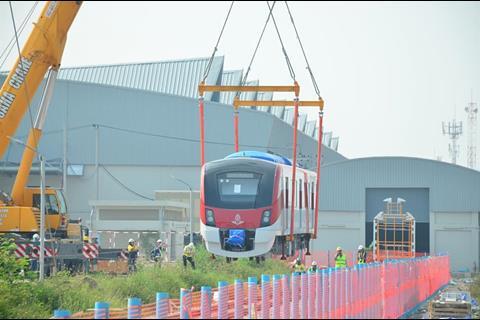 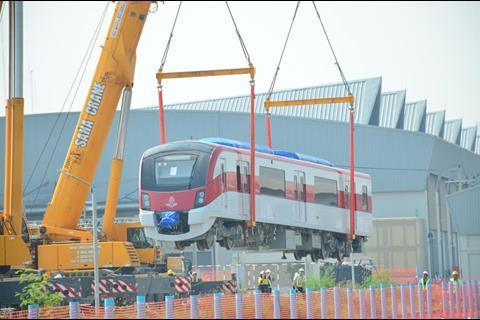 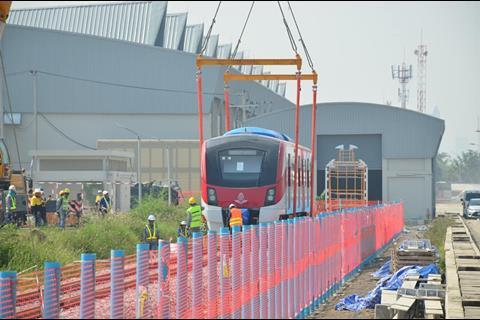 THAILAND: The first two electric multiple-units that Hitachi is supplying to operate on Bangkok’s Red Line suburban railway arrived at the Bang Sue depot on October 22.

One four-car and one six-car trainset arrived at the port of Laem Chabang on October 12, having left Hitachi’s Kasado factory in Japan the previous month.

Hitachi is supplying 10 four-car and 15 six-car trainsets under a 32·4bn baht E&M contract awarded in 2016 to a consortium of that also includes Mitsubishi Heavy Industries and Sumitomo. Thales is supplying ETCS onboard equipment. The trains will draw power at 25 kV 50 Hz.

Rolling stock deliveries are due to be completed by the end of June 2020. The first trains are due to begin testing in January 2020, ahead of the start of Red Line service a year later.