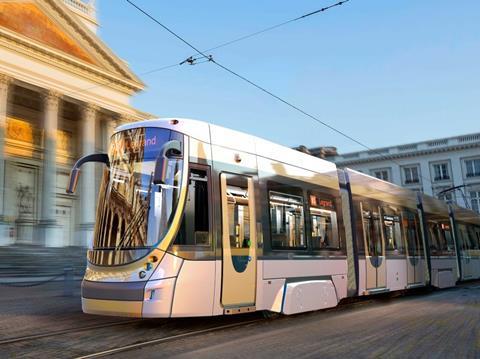 The vehicles will be equipped with LCD passenger information screens, an ‘intelligent’ climate control system, Bombardier’s Obstacle Detection & Assistance System that uses cameras and sensors to detect pedestrians and other vehicles, and a soft nose for collision safety.

On the occasion of the 150th anniversary of trams in Brussels, King Philippe unveiled a full-scale mock-up of the city’s next-generation Flexity tram on April 30.