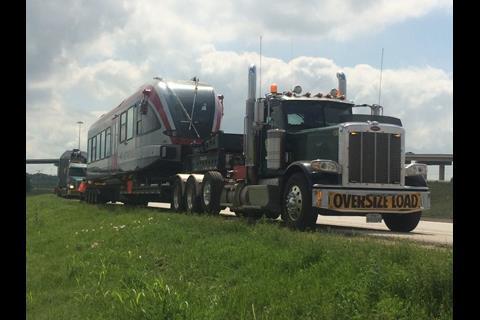 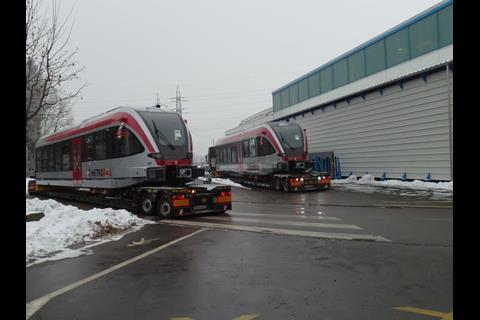 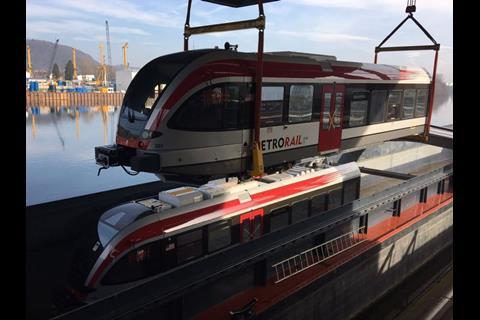 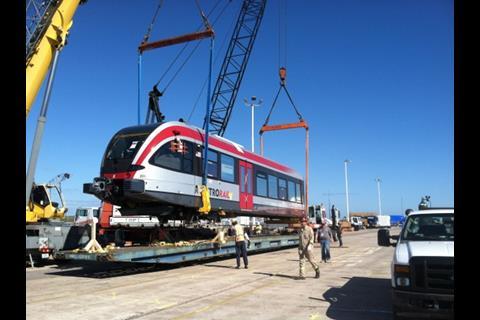 USA: Stadler has delivered two more GTW 2/6 diesel multiple-units to Capital Metro in Austin after a one-month journey from its Bussnang factory in Switzerland. After being carried by ship to the port of Galveston, the trains completed their journey to Austin by road aboard six lorries, accompanied by three escort vehicles.

In September 2015 Capital Metro ordered four additional DMUs from Stadler to augment its fleet of six that were delivered for the opening of the route in 2010.

The extra rolling stock forms part of Capital Metro plans to increase service frequencies on the 51 km Red Line between Austin and Leander. In addition to signalling upgrades, more double-track sections will be added to the mostly single-track route, which currently has passing loops at only two of its nine stations. Once the work is completed, services would run every 15 min at peak times, instead of every 30 min as they currently do.