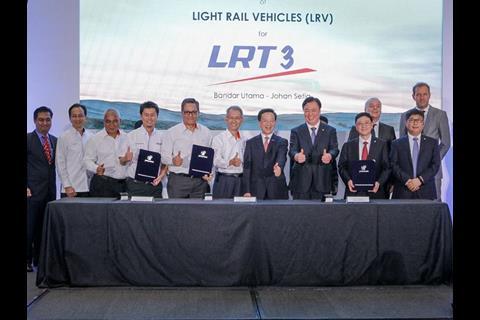 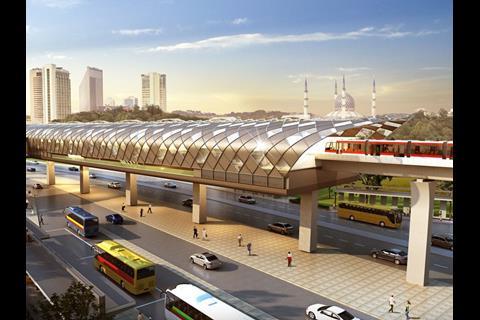 MALAYSIA: Project promoter Prasarana announced on August 2 that it had awarded a consortium of CRRC Zhuzhou Locomotive Co, Siemens China and Tegap Dinamik a 1·56bn ringgit contract for the supply of 42 six-car driverless light metro trainsets for the LRT3 project in Kuala Lumpur. Each air-conditioned trainset would have capacity for 1 271 passengers.

Five companies prequalified for the tender in May 2016, but only one submitted a bid by the November 2016 deadline. The work package is the 11th of 59 that have so far been awarded for the project.

Due to be completed in 2020, the mostly elevated 37·7 km LRT3 line would connect the Bandar Utama and Johan Setia districts in the west of the city.