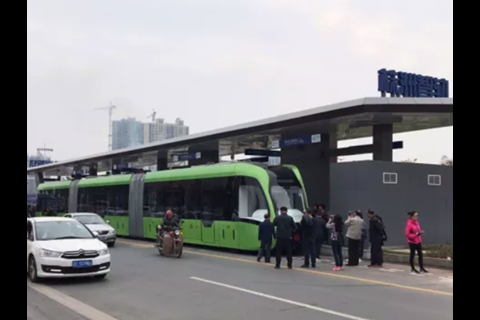 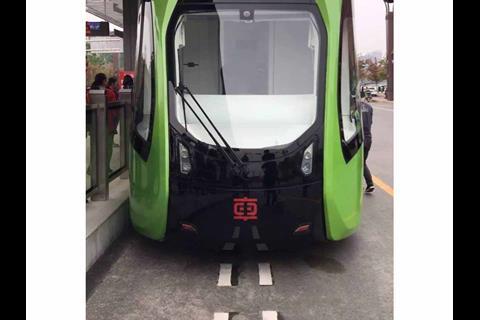 CHINA: CRRC Zhuzhou has started testing its Autonomous Rail Rapid Transit vehicle on a 3 km route in Zhuzhou, ahead of the planned introduction of a 6·5 km passenger service early next year.

In June the manufacturer unveiled what it describes as a ‘railless train’. The articulated electric bus uses sensors that can keep it on in its own lane on the road and help it to plan diversions in case of traffic disruption.

The 31·6 m long three-section vehicle has a maximum speed of 70 km/h and capacity for 300 passengers.