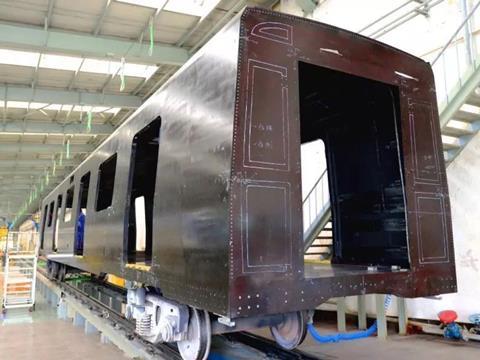 The manufacturer says that the composite materials used allow the car to be 35% lighter than the average metal body bodied metro car, which would help to reduce rail wear.

CRRC says that it has the intellectual property rights to the design, but has not specified when it would begin mass production of carbon fibre bodyshells.