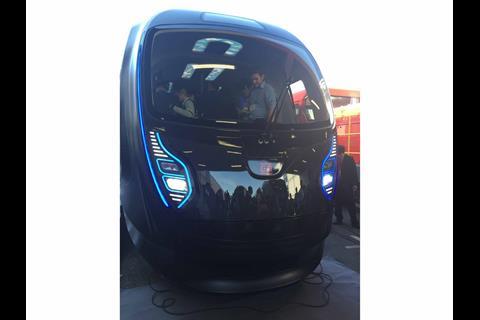 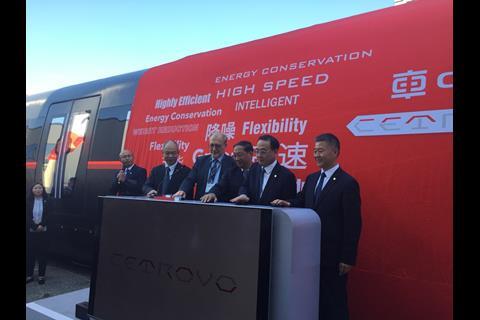 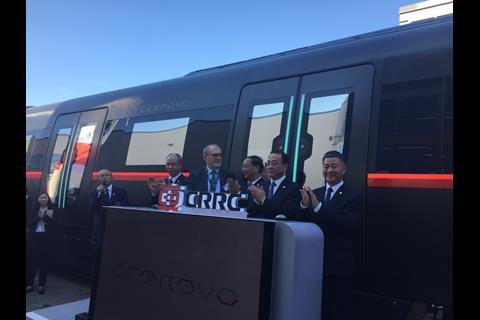 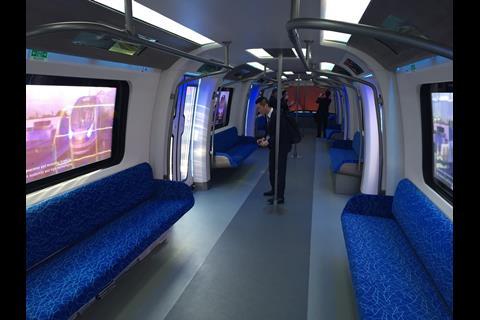 CRRC says the Sifang-built vehicle will pave the way for the third generation of Chinese metro trainsets. These will be needed to operate new lines expected to open in the coming years; around 8 900 km of new line is due to open by 2020 in addition to the 5 000 km in 35 cities operational by the end of 2017.

The vehicle platform is the result of a three-year joint research project with a German group led by Prof Werner Hufenbach from Dresden Technical University. Carbon fibre is also used in elements such as the bogie frames, contributing to a 13% reduction in the total train weight. Noise levels are reduced by 3 dB, with the train expected to be no more noisy at 140 km/h than existing stock at 80 km/h. A new traction package including silicon carbide inverters will improve energy efficiency by 15%. CRRC Qingdao Sifang has built three vehicles to date, including one for structural and crashworthiness testing. A second is due to undergo trials on a test ring, while the third is to be tested on a Chinese metro line, potentially in Guangzhou.

Cetrovo trainsets have been designed for flexibility, with train formations varying from two to 12 cars; intermediate vehicles can be added and removed in a few minutes. Subject to the placing of orders, CRRC anticipates that the first series trainsets could be running in commercial service within three years.