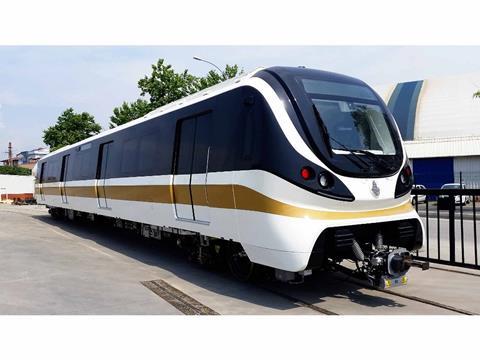 TURKEY: The Eurotem joint venture of Hyundai Rotem and Tüvasaş shipped the first train for Istanbul metro Line M2 from its Adana factory on May 31.

In December 2014 Istanbul Metropolitan Municipality signed a €77·5m contract for 17 four-car trainsets. Deliveries are due to be completed by the end of the year.

The supplier says that the fleet is the first metro rolling stock in Turkey to be assembled with aluminium bodyshells. Aluminium will also be used for the bodyshells of the 300 metro cars that Hyundai Rotem is supplying for Line M7 under a contract awarded last year.