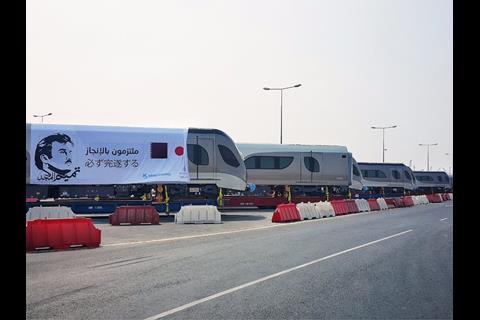 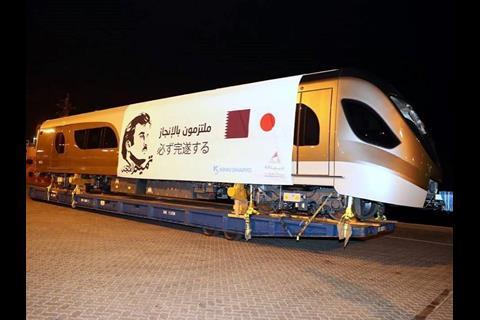 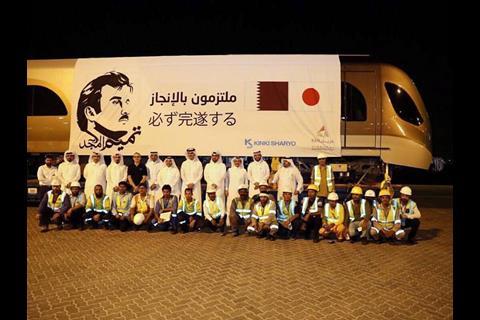 QATAR: The first four trains for the Doha metro arrived at Hamad Port on August 19, following a 21-day journey from the Port of Kobe in Japan. Their arrival is two months ahead of schedule, and they will be transferred to the Al Wakra Depot shortly.

Each of the driverless trainsets, branded Al Faras, consists of two standard class cars and one car with gold and family class sections. There are 16 seats in gold class, 26 in family class and 88 in standard class. The trains have a maximum speed of 100 km/h.