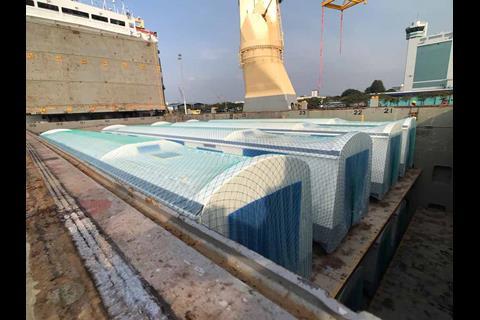 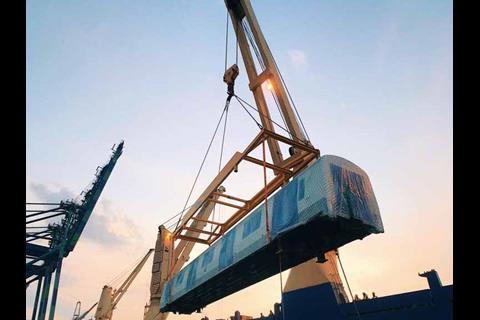 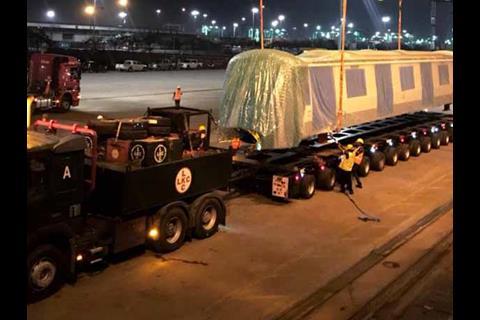 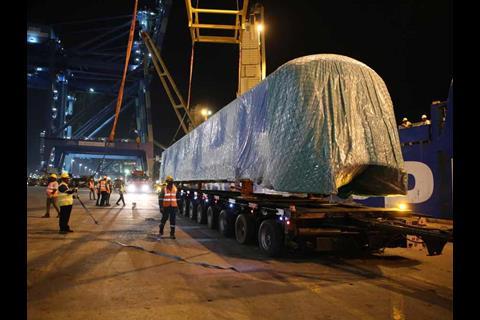 MALAYSIA: Car bodies for the first two trainsets that will operate Klang Valley Line 2 arrived at Westport in Port Klang on January 23. The bodies have arrived from Hyundai Rotem’s Changwon plant in South Korea and will now be transported to a factory in Rasa for final assembly.

In 2016 the HAP consortium won a 1·62bn ringgit contract to supply rolling stock and depot equipment for Line 2, also known as the SSP Line. The consortium comprises South Korean companies Hyundai Rotem and POSCO Engineering, along with local partner Apex Communications. Each of the 58 driverless trainsets will be made up of two motor and two trailer cars.

A groundbreaking ceremony for Line 2 was held on September 15 2017. The first phase, between Sungai Buloh and Kampung Batu, is due to open in July 2021. When the second phase between Kampung Batu and Putrajaya opens a year later, the route will be 52·2 km long with 37 stations.

A joint venture of MMC and Gamuda is lead contractor, and a consortium of Bombardier and Global Rail is supplying signalling and train control.