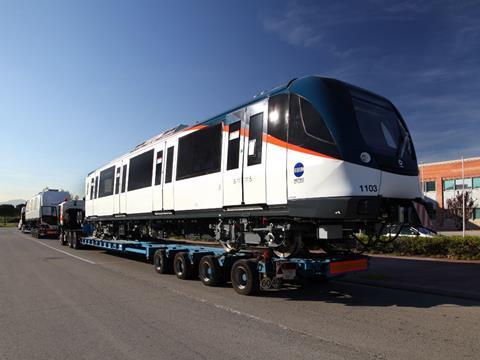 Due to open next year, the 21 km Line 2 is being built by the Línea 2 consortium of FCC and Odebrecht. Alstom is supplying 21 five-car Metropolis trainsets under a contract awarded in 2015. It is the leader of a consortium that also includes TSO-CIM, Thales and Sofratesa, which is undertaking E&M work. Alstom is also supplying its Urbalis communications-based train control with a design headway of 90 sec, as well as traction substations.

Under a separate contract, Alstom is also supplying 70 cars to augment the Line 1 fleet. Five six-car trainsets will augment the current fleet, with the remaining 40 cars being used to lengthen the existing sets from three cars to five. The first of these arrived in April 2017.