Forchbahn rolling stock to be refurbished 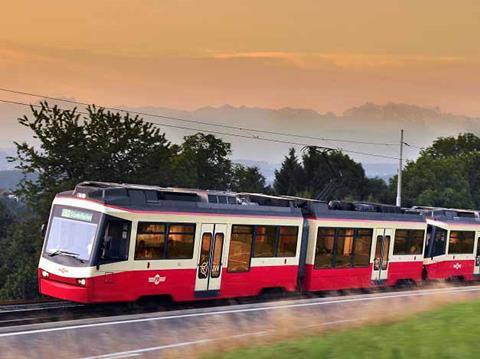 The custom-designed metre-gauge vehicles supplied by Stadler in 2004 operate using 600 V DC overhead on the Zürich tram network, and at 1·2 kV DC on the interurban section of the railway.

The modernisation is scheduled to get underway in September 2019 and be completed in mid-2024, with the aim of ensuring that the trains can continue operating until 2037.