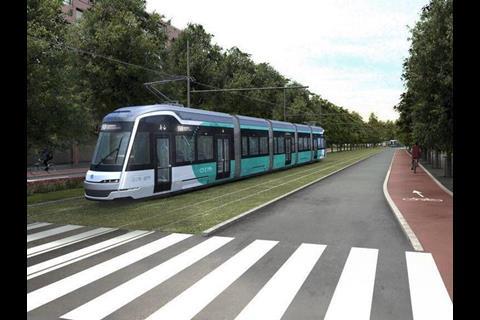 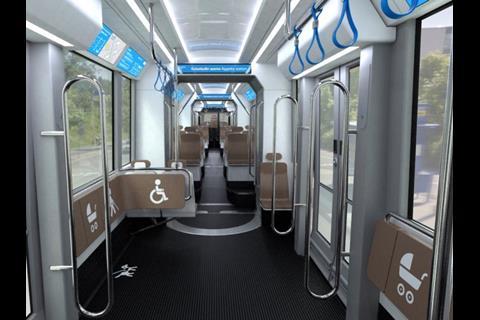 FINLAND: Helsinki transport operator HKL has unveiled the design of the Artic XL trams that would run on the future Raide-Jokeri orbital route between Helsinki and Espoo.

Styling has been provided by Idis Design. The trams will have a blue and green livery to distinguish them from the green and yellow livery of trams on the existing network.

Last year HKL ordered 29 trams from Škoda subsidiary Transtech by exercising part of an option for up to 90 trams which was included in a contract for 40 cars agreed with Transtech in December 2010.

At 34·5 m long, the trams will be longer than those currently operating in Helsinki. The 100% low-floor bidirectional trams will be air-conditioned, with capacity for 256 passengers including 76 seated.

A pre-series tram is due to arrive in Helsinki in mid-2019 and will be taken into operation on the existing network to get passenger feedback ahead of the series build. Earlier this year HKL started running a full-scale tram mock-up to identify what infrastructure changes would have to be made to enable longer trams to run on its network.