Hibiya Line to get longer trains 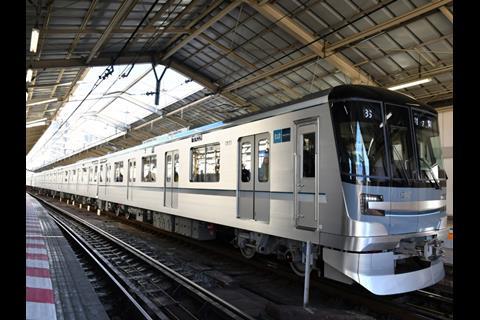 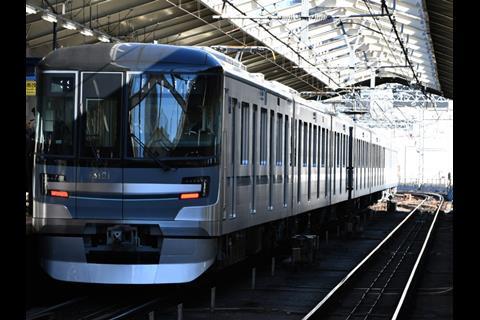 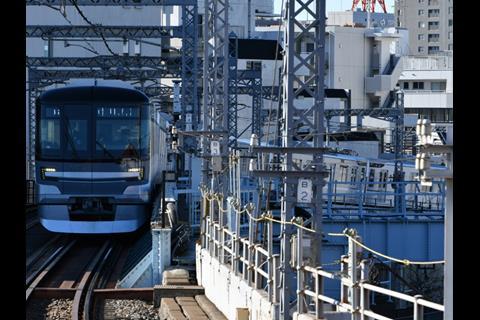 JAPAN: Tokyo Metro has started trial running with the first of 42 seven-car Series 13000 trainsets, which are expected to enter service on the capital’s Hibiya Line later this year. The 1 067 mm gauge aluminium-bodied trainsets are being built Kinki Sharyo in Osaka, and the first train was delivered to Tokyo for commissioning in mid-2016.

The Series 13000 sets are intended to replace the Series 03 trains which currently operate on the Hibiya Line, and also to work the Skytree Line through services to the Tobu Railway, which connects with the Hibiya Line at Kita-Senju.

Whereas the Series 03 and Tobu Railway trainsets are formed of 18 m cars with a mix of three and five sets of doors per side, the Series 13000 sets have 20 m vehicles with four sets of doors evenly spaced. This will facilitate the installation of platform edge doors on the Hibiya Line, as part of a programme to roll them out across the whole Tokyo Metro network.

Taking power from the overhead line at 1·5 kV DC through four pantographs, the new trains are equipped with permanent-magnet motors. All vehicles are powered, with one axle on each bogie driven by a 205 kW motor. This configuration is expected to offer an energy saving of around 25% compared to the older stock.

With 45 seats in the driving cars and 51 in each intermediate vehicle, a seven-car train has capacity for 345 seated and 690 standing passengers. Wheelchair spaces are provided in all vehicles.