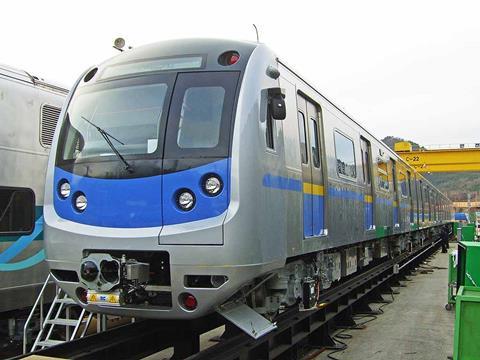 KAZAKHSTAN: Hyundai Rotem has signed an 80·8bn won contract to supply 32 metro cars for the Almaty metro, the manufacturer announced on October 25.

Rotem is to deliver the vehicles from its Changwon plant in South Korea by 2020, in time for the opening of the line’s extension. The trains will be equipped with CCTV and have a maximum speed of 80 km/h.

Rotem supplied the existing fleet of seven four-car trains for the metro’s opening in 2011.