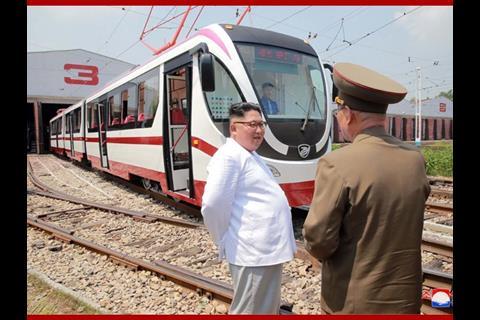 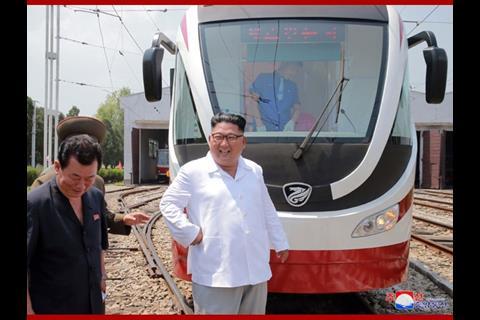 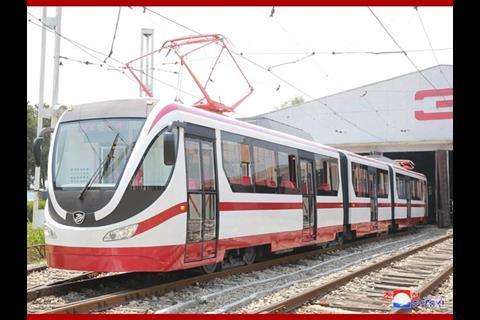 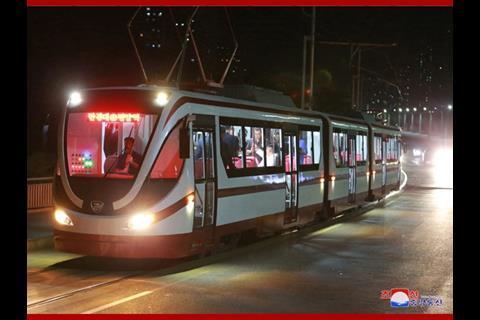 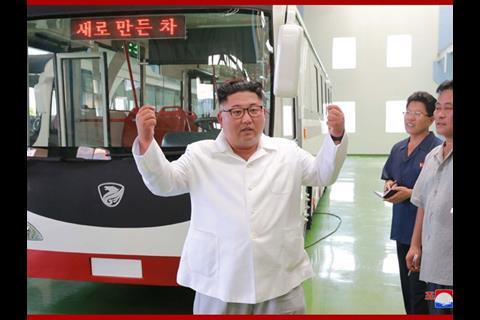 NORTH KOREA: Chairman of the Workers’ Party of Korea Kim Jong Un has inspected what the official news agency described as a locally-made tram and trolleybus.

The three-section tram with AC traction motors was made at the Bus Repair Factory, the news agency said. It is stabled at Mangyongdae depot.

Pyongyang currently operates 35 KT8D5K trams, which it purchased from Tatra in 1990.

Kim said that he felt ‘a heavy heart when he used to see old public transport means giving inconveniences to the people and the number of taxis increasing in the streets as the high intention of the great leaders who worked heart and soul for the solution of the passenger transport in Pyongyang was not upheld’.