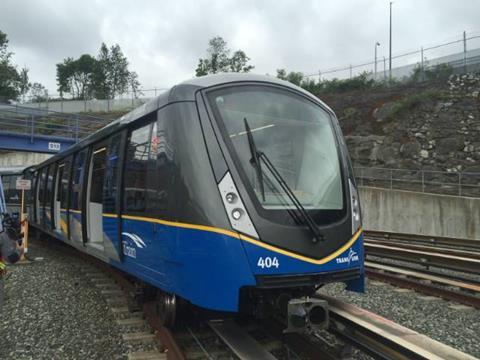 CANADA: Vancouver regional transport authority TransLink signed a C$93m contract on December 16 for Bombardier Transportation to supply 28 SkyTrain Mark III light metro cars for use on the Expo and Millennium lines. Deliveries are scheduled to begin in 2018, with entry into service starting in early 2019.

The order forms part of the C$2bn Phase One of the 10-Year Vision for Metro Vancouver Transit & Transportation strategy approved in November. Half of this is funded by the federal government, with 33% coming from the province of British Columbia and the rest from the region and TransLink.