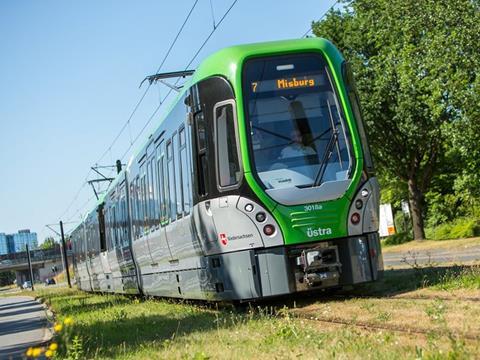 Niedersachsen Land transport agency LNVG is financing 50% of the €19·4m cost and Üstra is paying €462 000 from its own funds. The balance is being met through compensation from the suppliers following bodyshell manufacturing problems with the original build.

Üstra had previously ordered 146 TW3000 LRVs in three tranches, of which 72 are currently in service. A total of 110 are expected to be delivered by the end of this year, with all 146 in service by the end of 2019. It is envisaged that these will eventually replace all the TW6000 LRVs, of which around 100 remain in use and 25 are to be withdrawn this year.