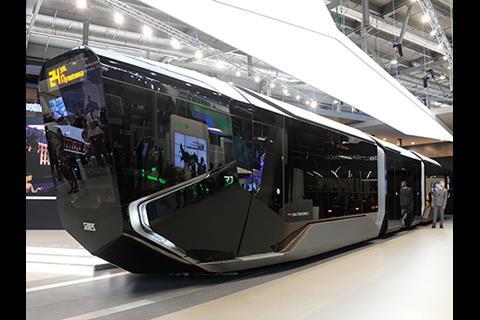 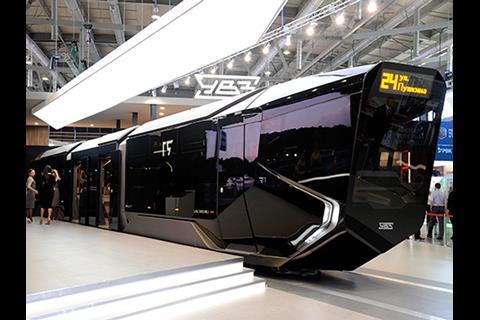 RUSSIA: The Russia One tram will not go into series production, Rostec’s Director for Special Commissions Vasily Brovko said on November 8.

The Russia One or R1 design was developed by the Uraltransmash tram manufacturing subsidiary of defence and rolling stock supplier Uralvagonzavod, in partnership with design agency OKB Atom; UVZ was subsequently taken over by Rostech.

A three-section prototype was presented at the Innoprom 2014 industrial exhibition in Yekaterinburg in July 2014, and further units were due to be produced in 2016. However, the manufacturer acknowledged that the unusual design would make manufacturing difficult. In particular, the composite bodyshell would have been difficult to repair, and the bogie design proved impossible to build.

Uraltransmash had hoped to win orders from Yekaterinburg and Casablanca, but was unsuccessful.