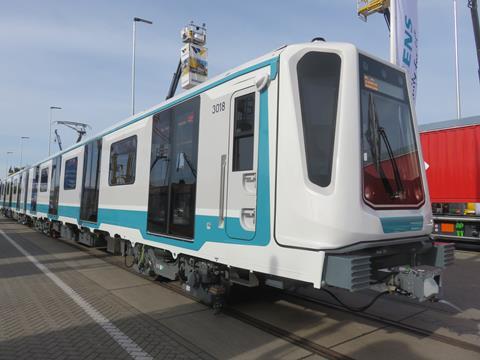 The latest order has been placed using an option on a September 2015 contract covering an initial 20 trains, which are currently being produced at Newag’s Nowy Sącz factory. The first was delivered to the Bulagrian capital in June, and one was displayed in Berlin during InnoTrans 2018.

The 30 trains are to be used on Line 3, the first phase of which is expected to open later this year.

The air-conditioned trains for Sofia are based on the Siemens Inspiro fleet supplied to Warszawa, but are fitted with pantographs as the partly-underground Line 3 will have an overhead power supply.

Newag has an increased role in the supply of the Sofia sets, being responsible for design and fitting out of the interiors; and will also undertake servicing during the warranty period.