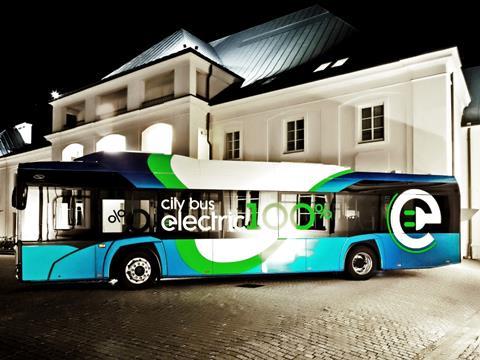 NORWAY: Solaris has won a contract to supply five Urbino 12 electric buses to operator Boreal Norge for use on two routes in Kristiansand, the supplier announced on August 21. The buses are due to enter service on routes 10 and 13 in mid-2018.

The 12 m long buses will be equipped with AVE 130 electrically driven portal axles supplied by ZF and drive systems supplied by Medcom. The 146 kWh batteries will be charged via a plug-in system and topped up at stops through a pantograph.

In the next few months Solaris expects to deliver four electric buses to two operators in Oslo ordered under previous contracts.