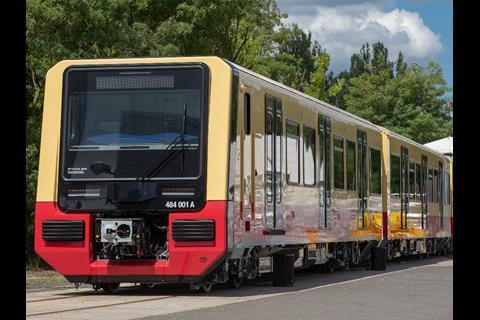 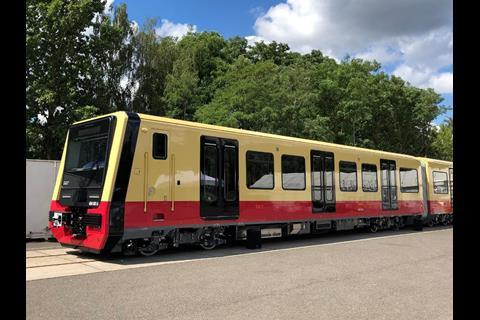 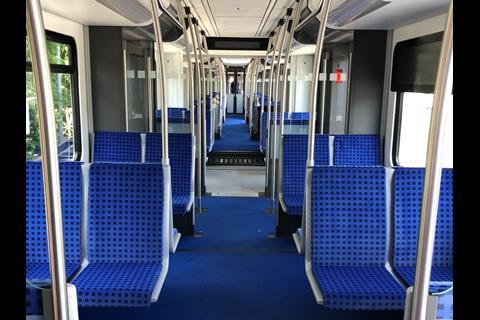 GERMANY: The first of the electric multiple-units that a Stadler-Siemens consortium is supplying for the Berlin S-Bahn was rolled out on July 27 at Stadler’s Pankow factory in the capital.

The four-car Class 484 EMU is due to arrive at Stadler’s site in Velten north of Berlin in the next few days for testing. It will be displayed at the InnoTrans trade fair in September, and will later undergo dynamic testing at Siemens’ Wildenrath test track.

In 2015 DB subsidiary S-Bahn Berlin GmbH signed a contract for 85 four-car and 21 two-car trainsets to be used on the Ring and southeastern branches of the network. The operator is investing €900m in the rolling stock and changes to the Grünau depot to accommodate the new fleet. The contract includes options for up to 998 more cars.

Under the consortium formed in 2012, Stadler is responsible for mechanical and structural aspects of construction, while Siemens is responsible for electrical and traction equipment as well as the bogies. The first bodyshell arrived in Pankow on a low-loader from Stadler’s Szolnok factory in Hungary in October 2017.

The consortium is to supply five four-car and five two-car pre-production EMUs in 2020, which S-Bahn Berlin is planning to put into passenger service at the start of 2021 on Line S47. Deliveries of all 106 trainsets is due to be completed in 2023.