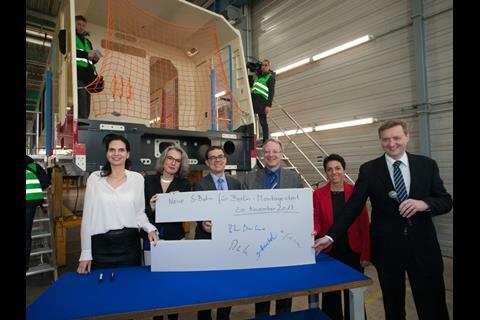 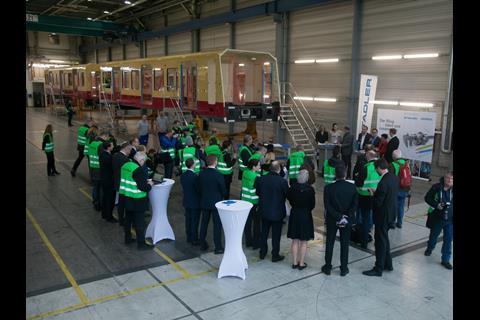 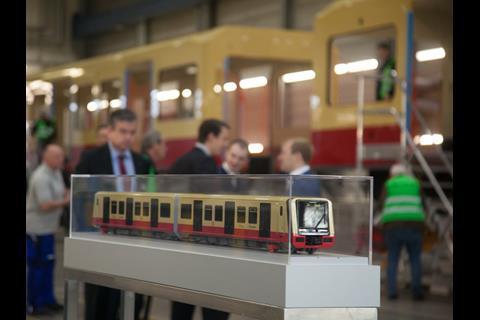 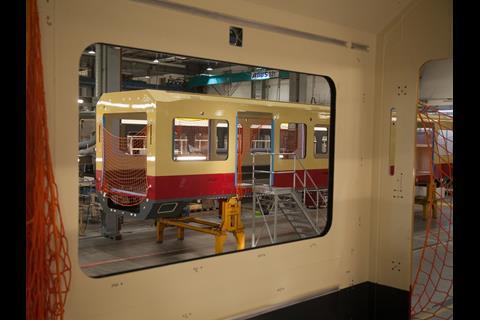 GERMANY: Assembly has started of the first of 30 pre-series electric multiple-unit cars that a Stadler-Siemens consortium is supplying for the Berlin S-Bahn. The occasion was marked with a ceremony at Stadler’s Pankow factory in Berlin on November 20.

The first bodyshell arrived in Berlin on a low-loader from Stadler’s Szolnok factory in Hungary. Under the consortium formed in 2012, Stadler is responsible for the mechanical and structural aspects of construction, while Siemens is responsible for the electrical and traction equipment, as well as the bogies.

At the end of 2015 DB subsidiary S-Bahn Berlin GmbH signed a framework contract for up to 1 380 cars. The base order of 85 four-car and 21 two-car trainsets would be used on the Ring and southeastern branches of the network. The operator is investing €900m in the rolling stock and changes to the Grünau depot to accommodate the new fleet.

The consortium is to supply five four-car and five two-car pre-production EMUs in 2020, with the series build following in 2021-23.