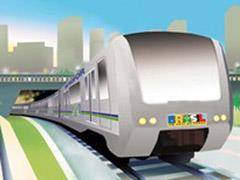 BRAZIL: AnsaldoBreda signed a €86m contract to supply 20 trains for the Fortaleza metro on July 6. The air-conditioned metre-gauge EMUs will be 40 m long with capacity for 445 passengers and a top speed of 120 km/h.

The 23 km South Line of Metrofor will run from Vila da Flores in Maracanaú to João Felipe in central Fortaleza, using an upgraded existing line and a new 4 km tunnel into the city centre. There will be 18 stations, and services are scheduled to start at the end of 2010.

The long-planned metro project being developed by Secretaria da Infraestrutura do Estado do Ceará is part of a growth acceleration programme launched by President Lula. A further boost was given by the selection of Fortaleza as one of the 12 cities which will host the 2014 FIFA World Cup.