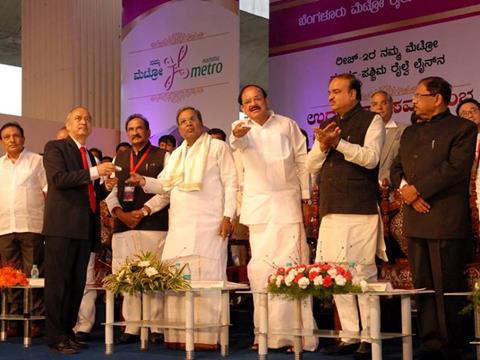 Known as Reach 2, the 6·8 km elevated route with six stations runs from Mysore Road to Magadi Road. It forms part of Phase 1 of the metro, which will eventually see the east-west Purple Line running between Baiyappanahalli and Mysore Road. The 6·7 km elevated Reach 1 from Byappanahalli to MG Road opened in October 2011. This is to be linked to Reach 2 through a 4·9 km underground section from MG Road to Magadi Road.

The remaining sections of Phase 1, which also includes the 10 km southern section of the Green Line, are to be completed in June. A further two lines are scheduled to be built as Phase 2, which the government approved on January 30 2014.