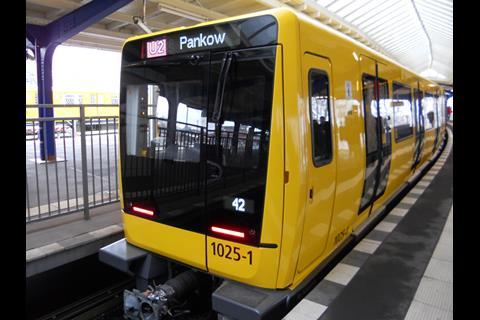 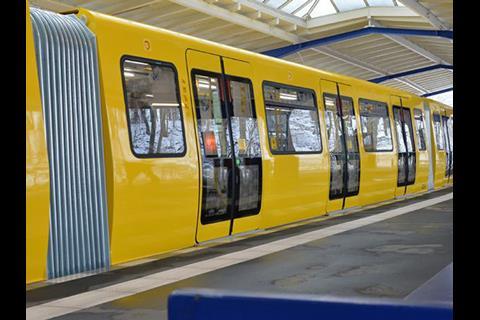 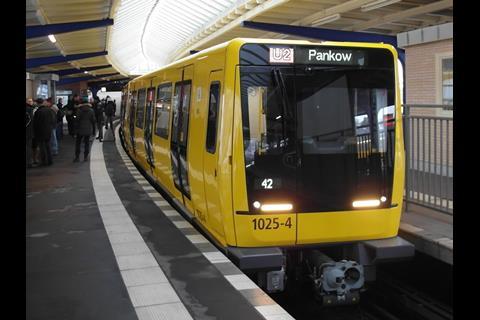 GERMANY: Stadler announced on July 7 that Berlin transport operator BVG had exercised a €140m option for the supply of a further 27 four-car Type IK metro trainsets, branded Icke by the operator.

BVG placed an initial order for two prototype Type IK trainsets in July 2012, with options for up to 34 series-built sets. Following tests running with the prototypes, in July 2015 BVG placed a €60m firm order for an initial 11 trainsets, which are now under construction at Stadler’s Pankow plant for delivery by mid-2017. The second batch will be produced as a follow-on to this order for delivery from April 2018. All 38 series-built sets are expected to be in service by mid-2019.

The Type IK is derived from Stadler’s Tango family of light rail vehicles. The four-car trainsets are 51·64 m long and 2 400 mm wide, with curved bodysides to maximise the internal width on Berlin’s small-profile lines. They have wide gangways and longitudinal seating for around 80 passengers, space for 258 standees at 4/m2 and multi-purpose areas for wheelchairs, bulky luggage, prams and bicycles. The maximum speed is 70 km/h.