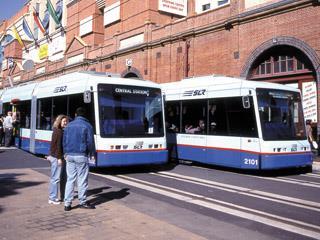 The new light rail vehicles will be delivered from next year. They are needed for the 5·6 km Inner West Extension along a former rail alignment from Lilyfield to Dulwich Hill which is scheduled for completion in 2014.

CAF has also been awarded a separate three-year contract worth A$1·8m to maintain the new vehicles and the existing fleet of seven Adtranz Variotrams.