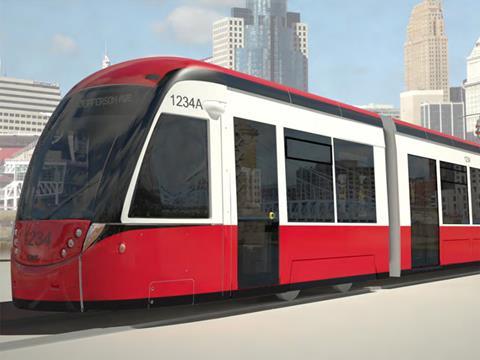 USA: The main construction contract for the 5·8 km first phase of the Cincinnati Streetcar project was signed by the city council and the MPD joint venture of Messer, Prus and Delta Railroad on July 15, enabling the council to issue a notice to proceed.

Utility relocation works for the tram project are already underway. Notice to proceed with the main works had been planned for April 8, and the delay has led to a $492 933 increase in the price of the contract, which is now $71·4m. The council said this 'reasonable' increase includes higher materials, labour and equipment costs.

The Cincinnati Streetcar is intended to link city centre employment locations. It will use a pair of single tracks along parallel streets, running from Second Street at The Banks to Henry Street in Over-the-Rhine. There will be 18 stops designed by local firm DNK Architects. Transportation Resource Associates has been appointed to refine the start-up, operations and maintenance plan on behalf of operator Southwest Ohio Regional Transit Authority.

The total cost of the streetcar project is put at $147·8m, including $44·9m from federal sources.