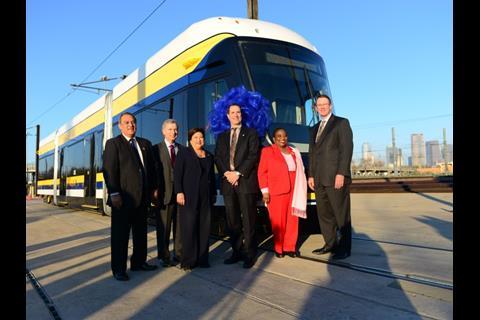 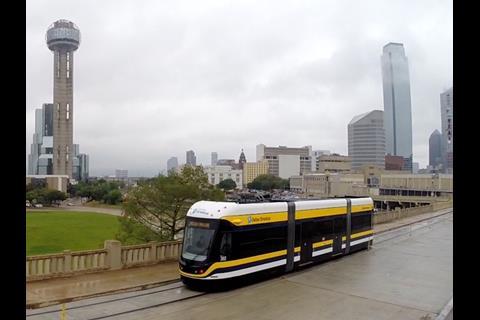 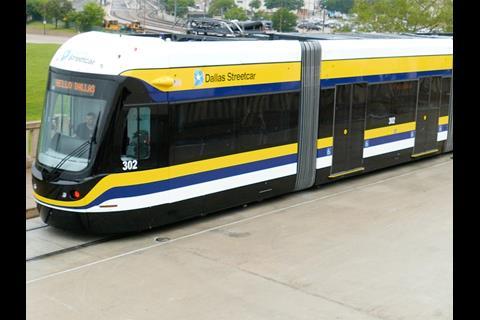 The 2·6 km standard gauge route links Oak Cliff in the southwest of the city with Union Station. The line is owned by the City of Dallas and services are operated by DART.

Construction began in May 2013 and cost $51m. Funding includes a $23m TIGER grant awarded in December 2010 for a proposed peoplemover between Inwood and Love Field, which was subsequently reallocated to the streetcar project. A further $25m came from DART following project approval by the North Central Texas Council of Governments in January 2013. The remaining $3m was raised from road toll revenue.

The line will be operated by two 70% low-floor vehicles from Brookville Equipment Corp, of which one has been delivered so far. The $9·4m rolling stock contract, signed in February 2013, includes an option for two additional vehicles.

The bidirectional three-section Brookville Liberty Modern Streetcars are 20·3 m long and are equipped with two 550 V batteries to allow off-wire operation on the 1·6 km Houston Street Viaduct over the Trinity River. This bridge has been closed since March 2013 to allow construction, and is expected to reopen for one-way street traffic in June.

A second phase due to be completed by early 2016 will extend the route south to the Bishop Arts District in Oak Cliff. A planned third phase would lengthen the line northwards to the Dallas Convention Center.