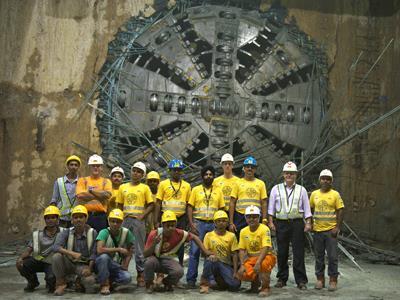 SINGAPORE: Alpine Construction Co announced on September 10 that it had completed the first of six tunnels it is building for the Downtown Line metro line under a €400m contract.

Boring of the 6·6 m diameter tunnel between Tan Kah Kee and Sixth Avenue stations reached a rate of 93 m/week, which the Austrian company said was 'a considerable speed considering the difficult soil conditions.'

Alpine has five TBMs and employees from 17 countries working on the Downtown Line project.